Notes from Joe: The Story of Our Campaign 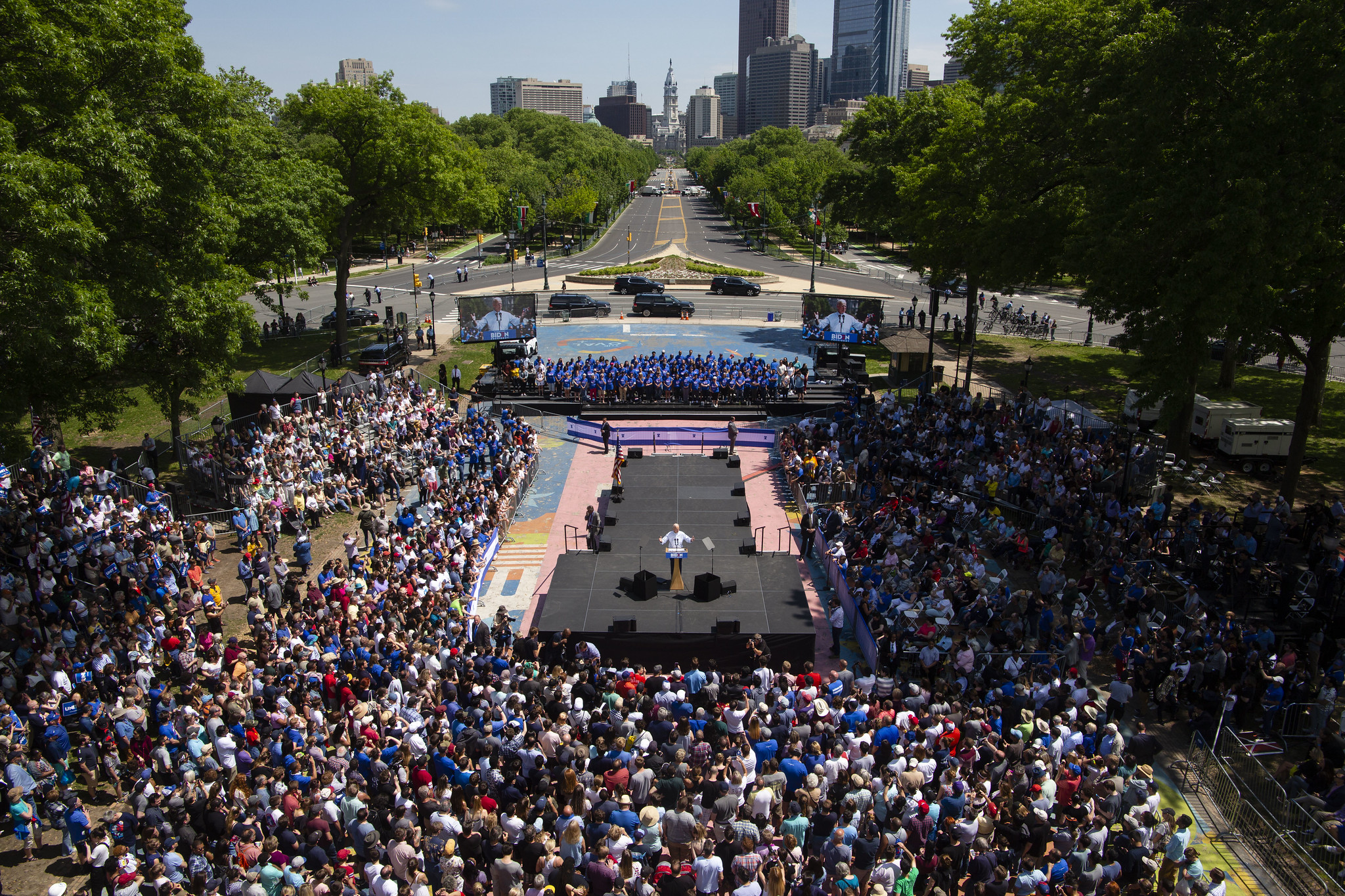 A year and a half ago, on a sunny, spring day in Philly, with thousands of supporters on hand and my family at my side, I laid out my vision to restore the soul of the nation, rebuild the backbone of America, and bring us together.

In the many months since, as I’ve crisscrossed the country, I’ve shared with voters exactly how we can get this done.

With just one day until Election Day, I took a moment to reflect on a few of my favorite stories and photos from the campaign trail. 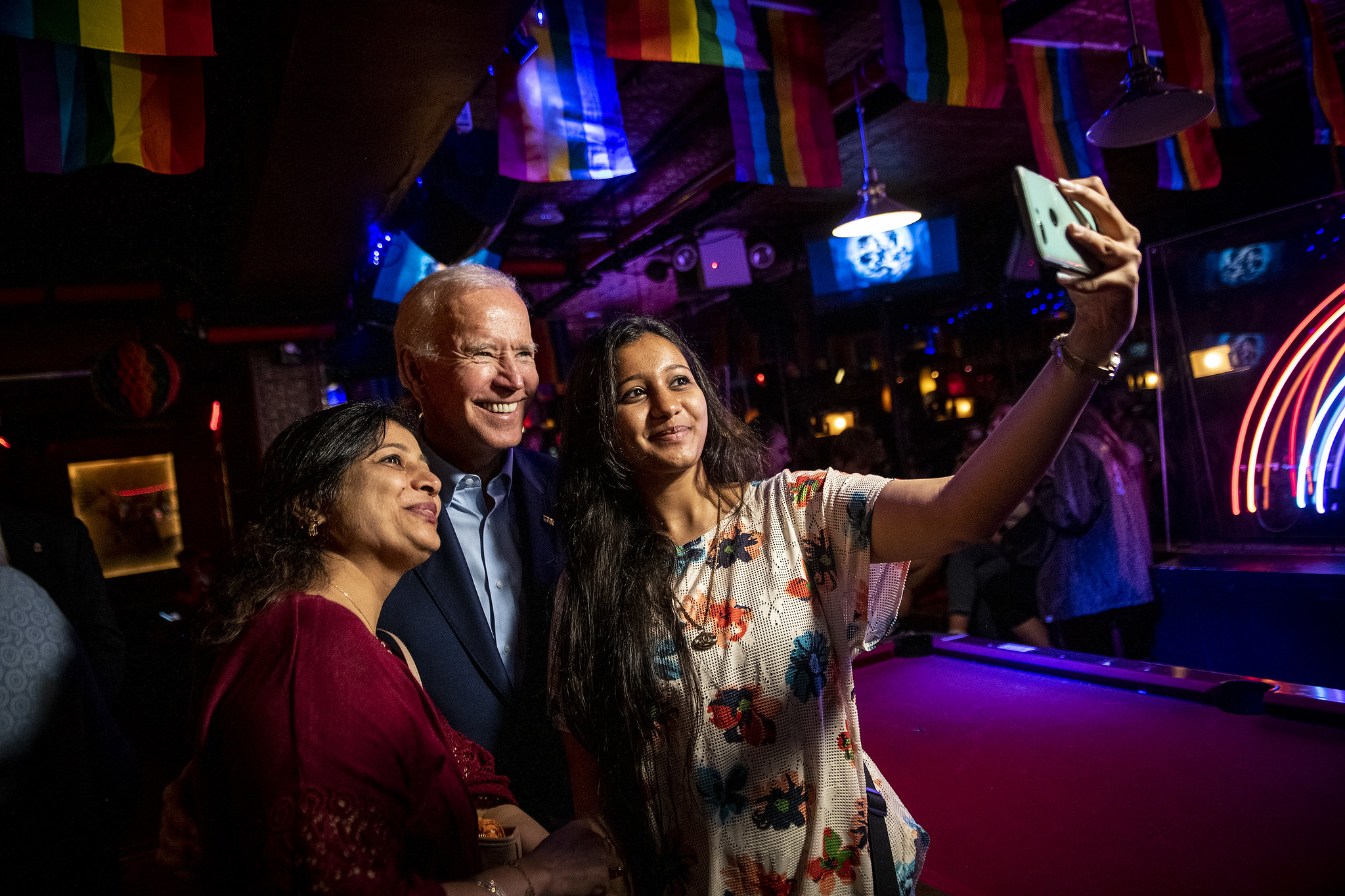 From the very beginning, this campaign has been about standing for the respect and dignity of all Americans – and that includes the LGBTQ+ community.

On this particular day, I paid a visit to the iconic Stonewall Inn, where 51 years ago, protestors stood up against police discrimination and changed our world forever. These brave individuals, including many transgender women of color, helped galvanize the larger movement for equality for LGBTQ+ Americans. A fight we must carry on – and one I’m fully committed to as president. 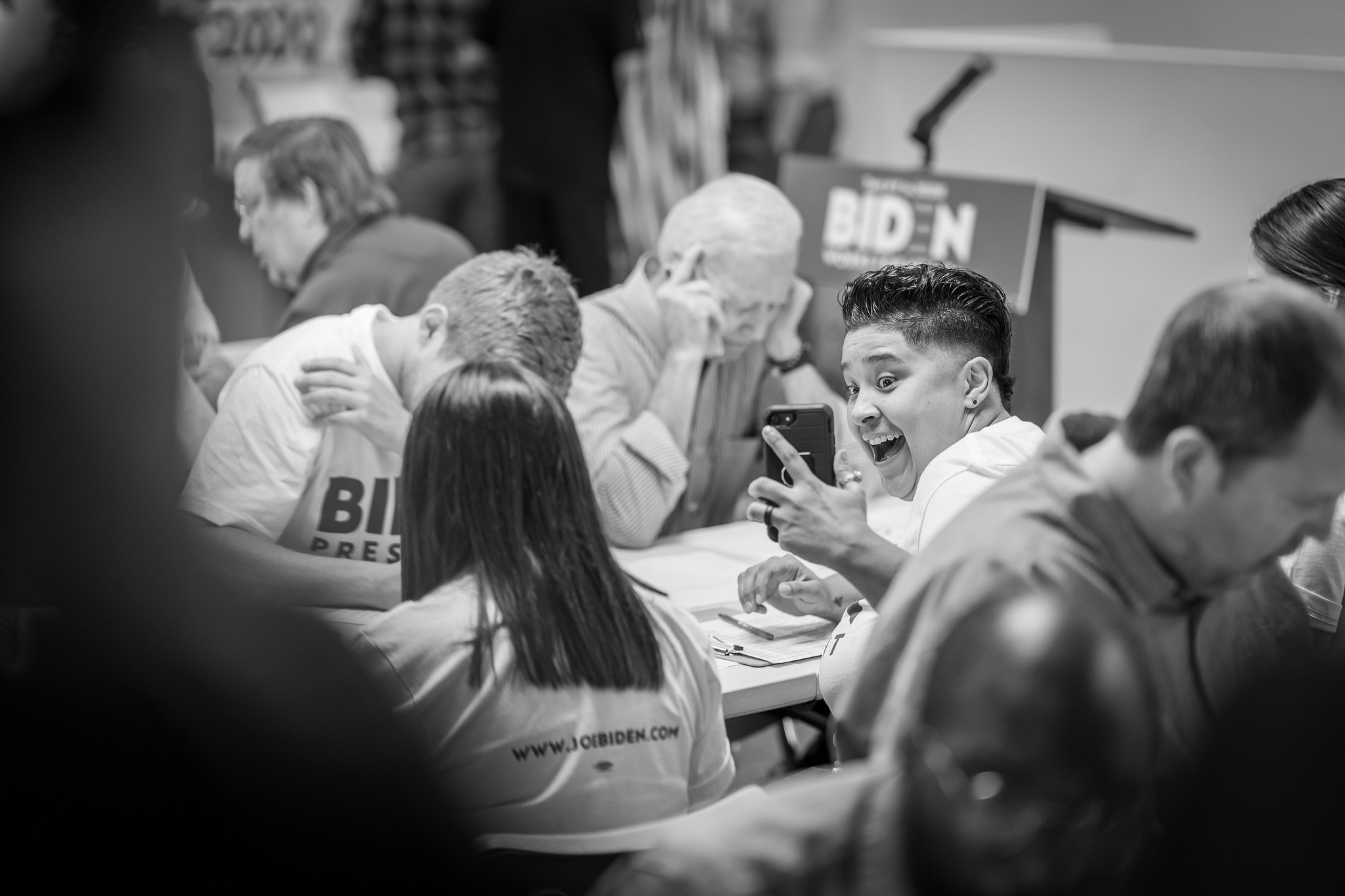 One of the best parts of this campaign has been seeing Americans of all stripes join our movement. If you’re among those who have volunteered, from the bottom of my heart: thank you, thank you, thank you. But if you haven’t had the chance, it’s not too late: joebiden.com/take-action

I’ve held countless town halls during this campaign. They’re a chance for voters to ask me about my vision for the future – about how I plan to address the climate crisis, income inequality, gun violence, or any of the other issues we face.

They’re also an opportunity for me to hear from folks about their personal challenges. I always walk away with new friendships, new stories that stick with me, and new ideas for how we can build this country back better over the next four years. 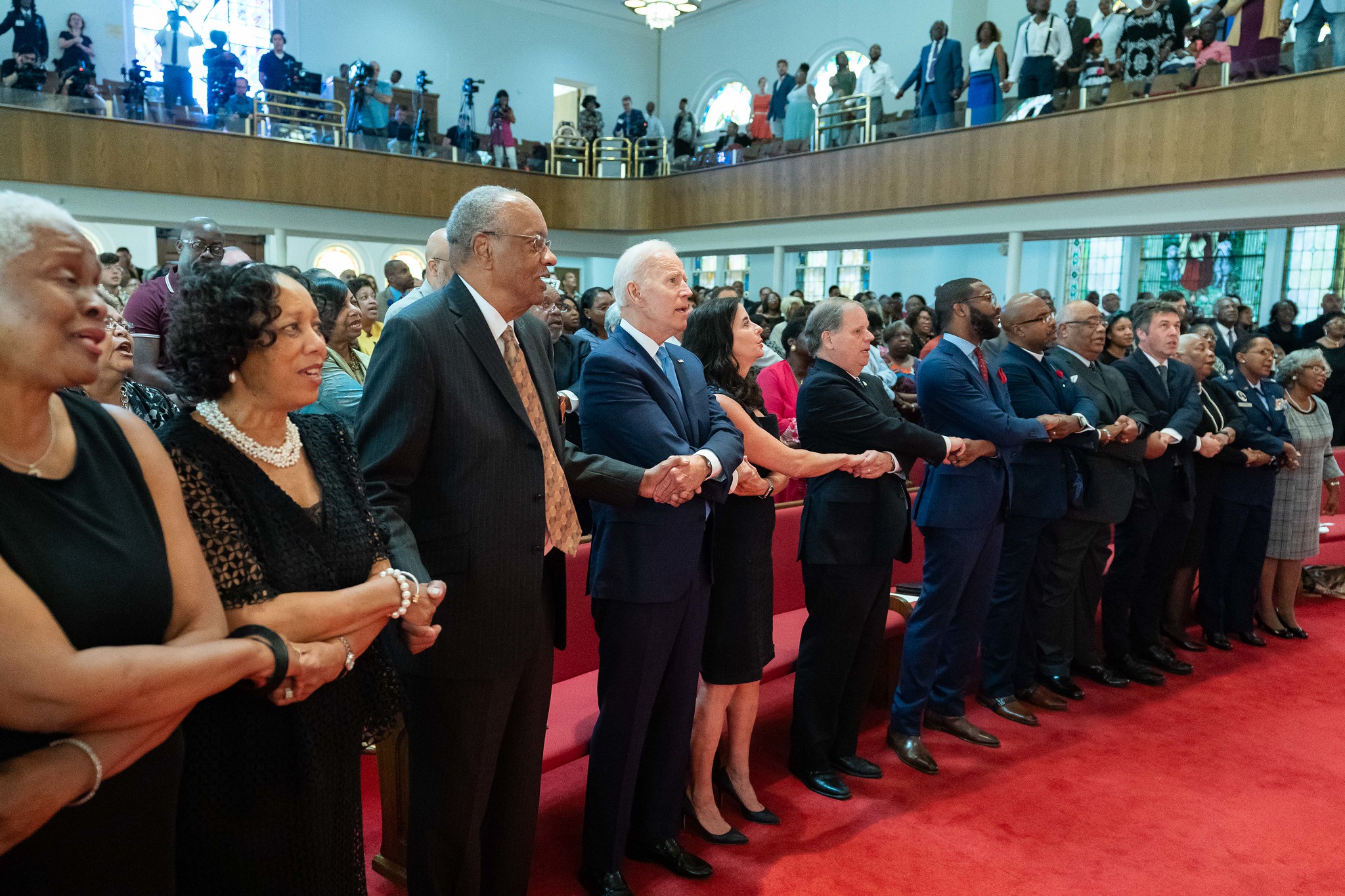 In September of last year, I was in Birmingham to honor the lives we lost in the 16th Street Baptist Church bombing. Four young girls – Addie Mae, Cynthia, Carole, Denise – were taken from us at the hands of white supremacists.

From the pulpit, I said that hate only hides. It doesn’t go away. And if you give it oxygen, it comes out from under the rocks.

Tragically, we’ve seen that time and time again with Donald Trump in the White House. He has fanned the flames of hate. And he has done nothing to address the urgent calls for racial justice that have swept the nation following the murder of George Floyd.

We are at a defining moment again in American history. We must finally address systemic racism. We must heal this nation. 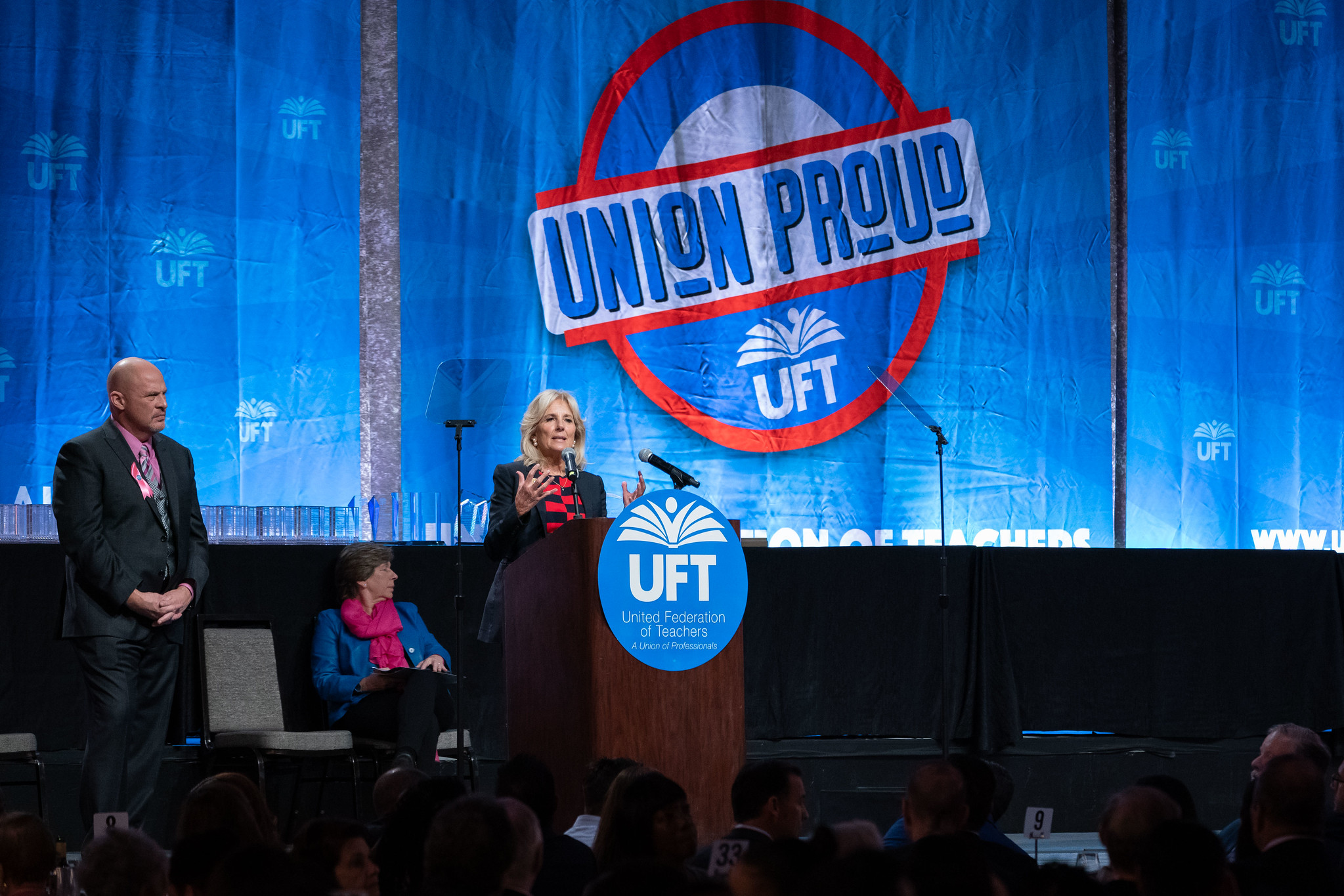 Jill is an unstoppable force. She’s an educator, a leader, a loving mother and grandmother, and my rock. She will make an incredible First Lady. 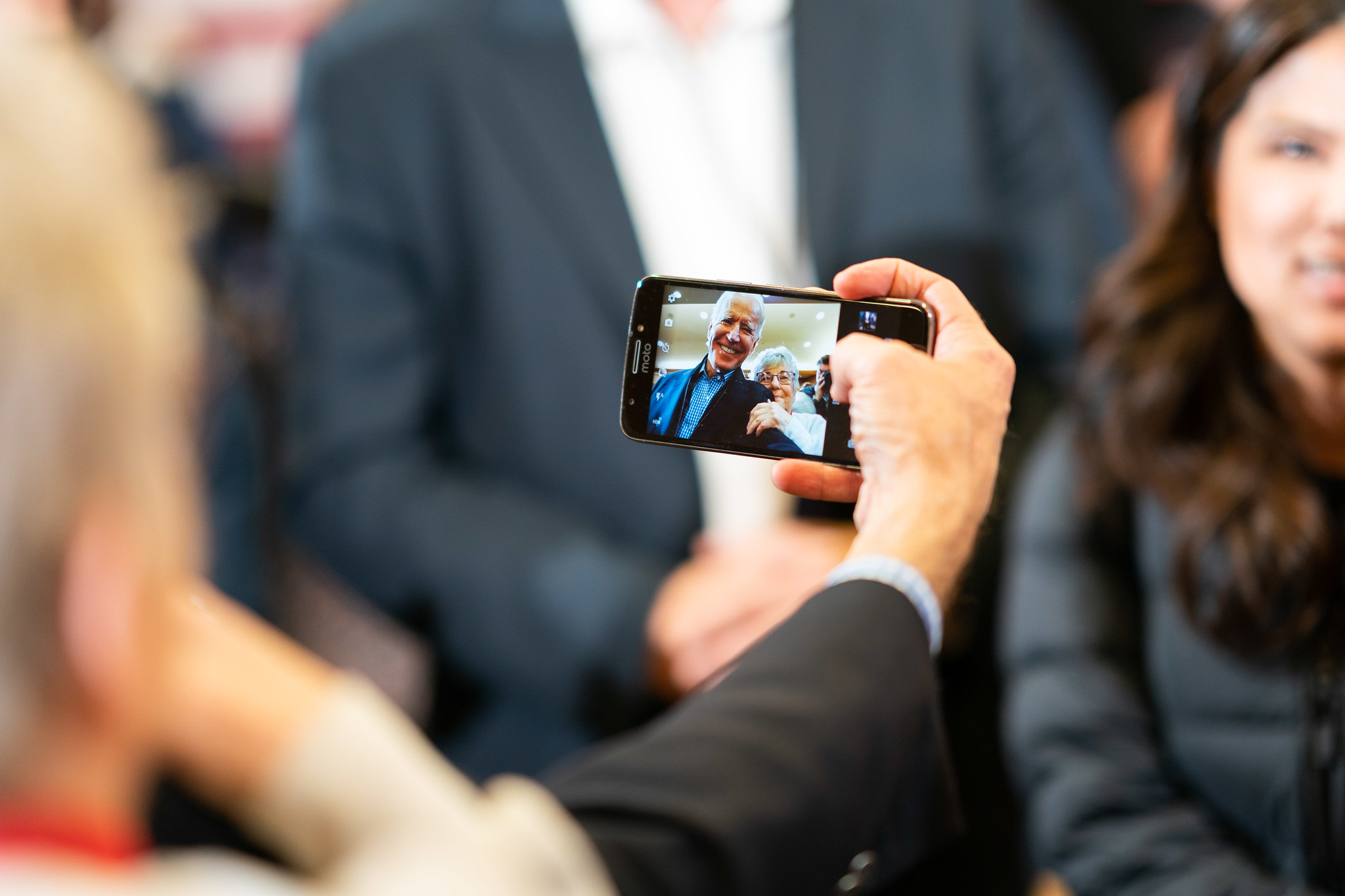 I always try to stick around after events to have one-on-one conversations and grab some selfies. But when I look at this photo now, I’m reminded of how different things are now. Because of Donald Trump’s failed response to COVID-19, it would be impossible to take this photo today.

More than 230,000 lives lost. Millions out of work. Entire lives turned upside down. And what has this president done? Nothing. He has refused to act.

You deserve better. When Kamala and I are in the White House, we will do everything in our power to defeat this virus. 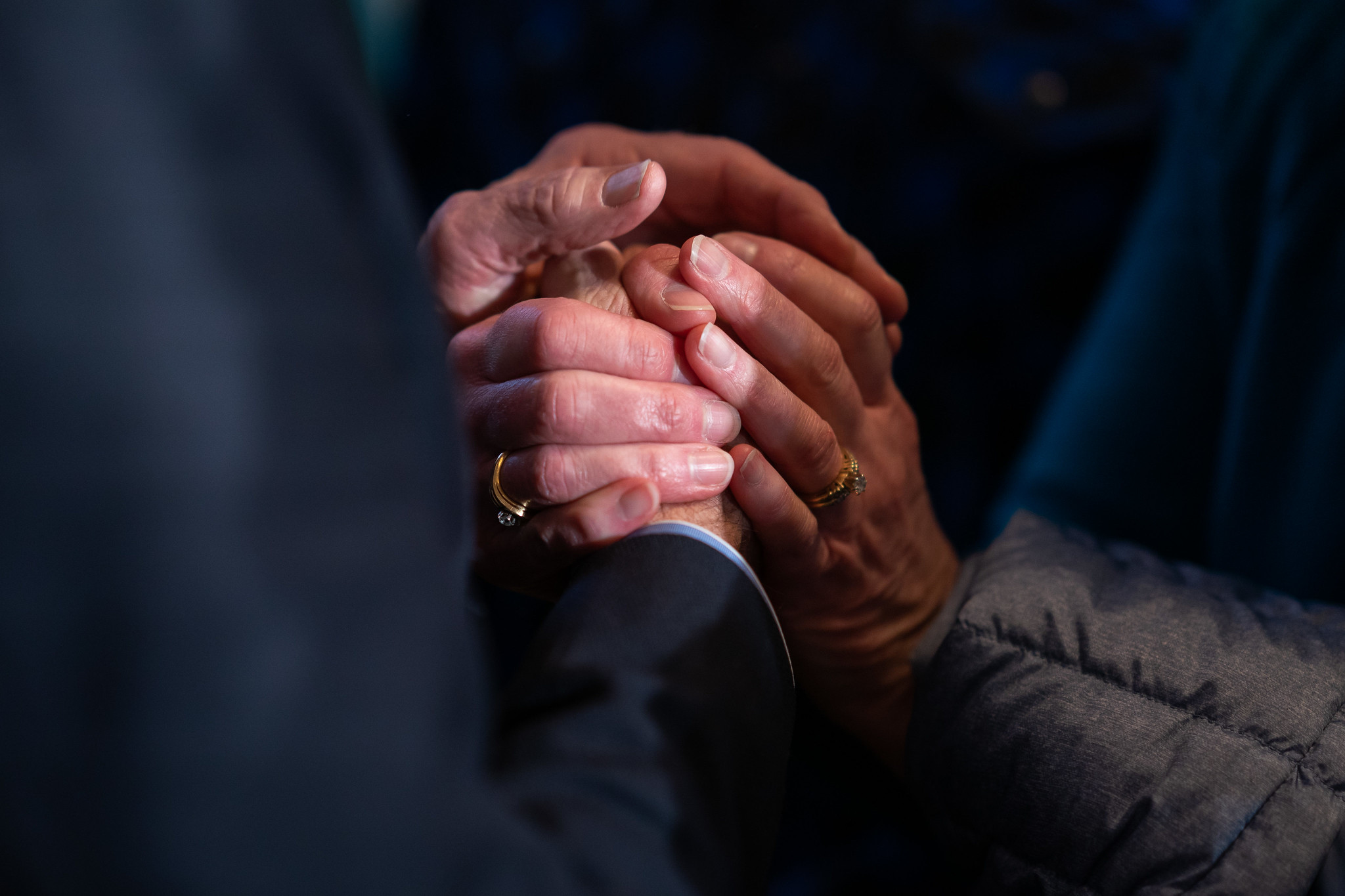 Sharing a Moment With a Supporter – Peterborough, NH

“Can I hug you?” was a common question I would get on the campaign trail. Often, from folks who just wanted solace from somebody who understood what it felt like to struggle, to hurt, to lose a loved one.

I knew from personal experience that words alone could not provide the comfort they were seeking. But I really believe that just being there, offering my physical presence, gave folks some hope. 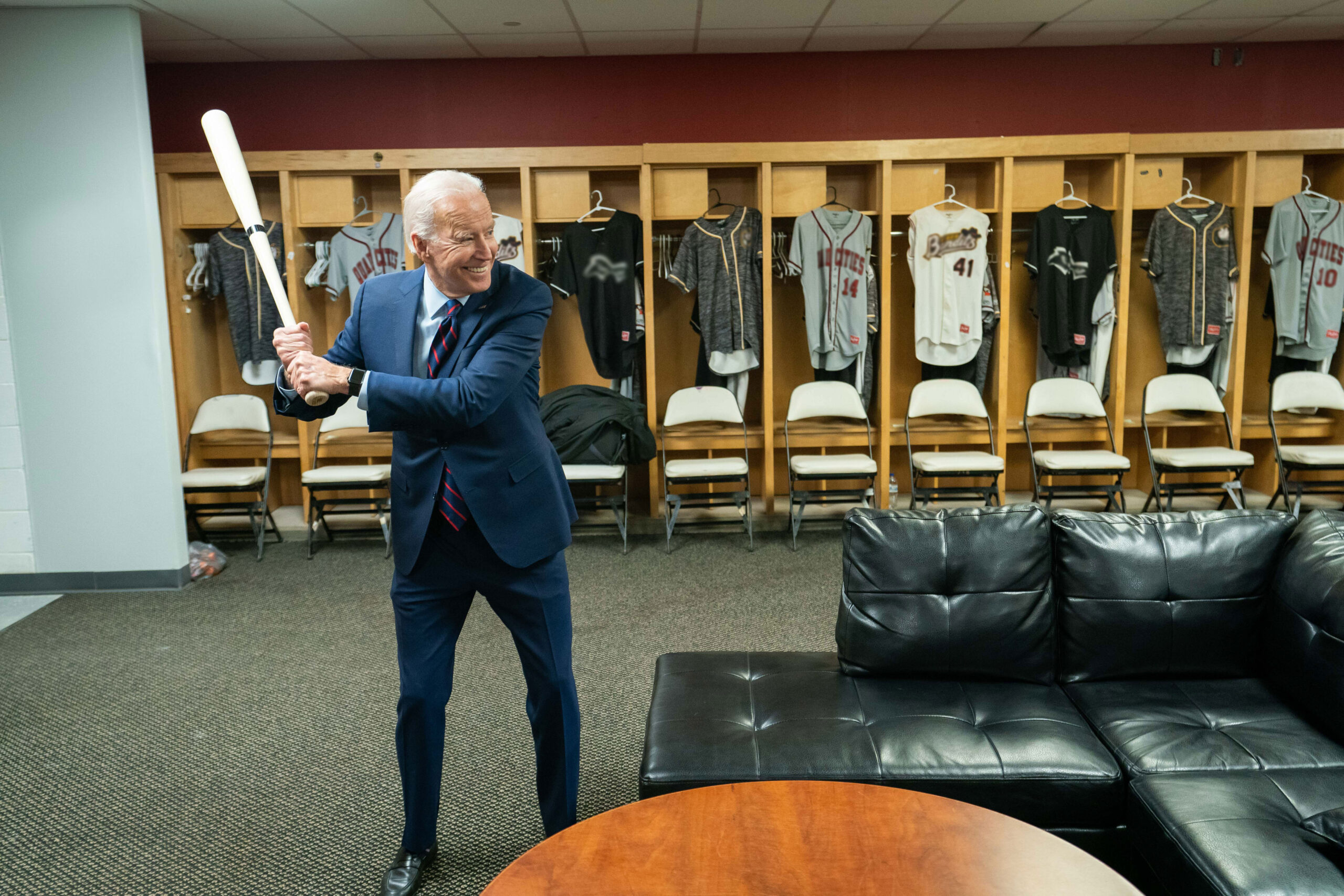 Before a Town Hall at Modern Woodmen Park – Davenport, IA

Before a town hall in Iowa, I took some practice swings in the Quad Cities River Bandits’ dugout. You gotta stay loose on the campaign trail. 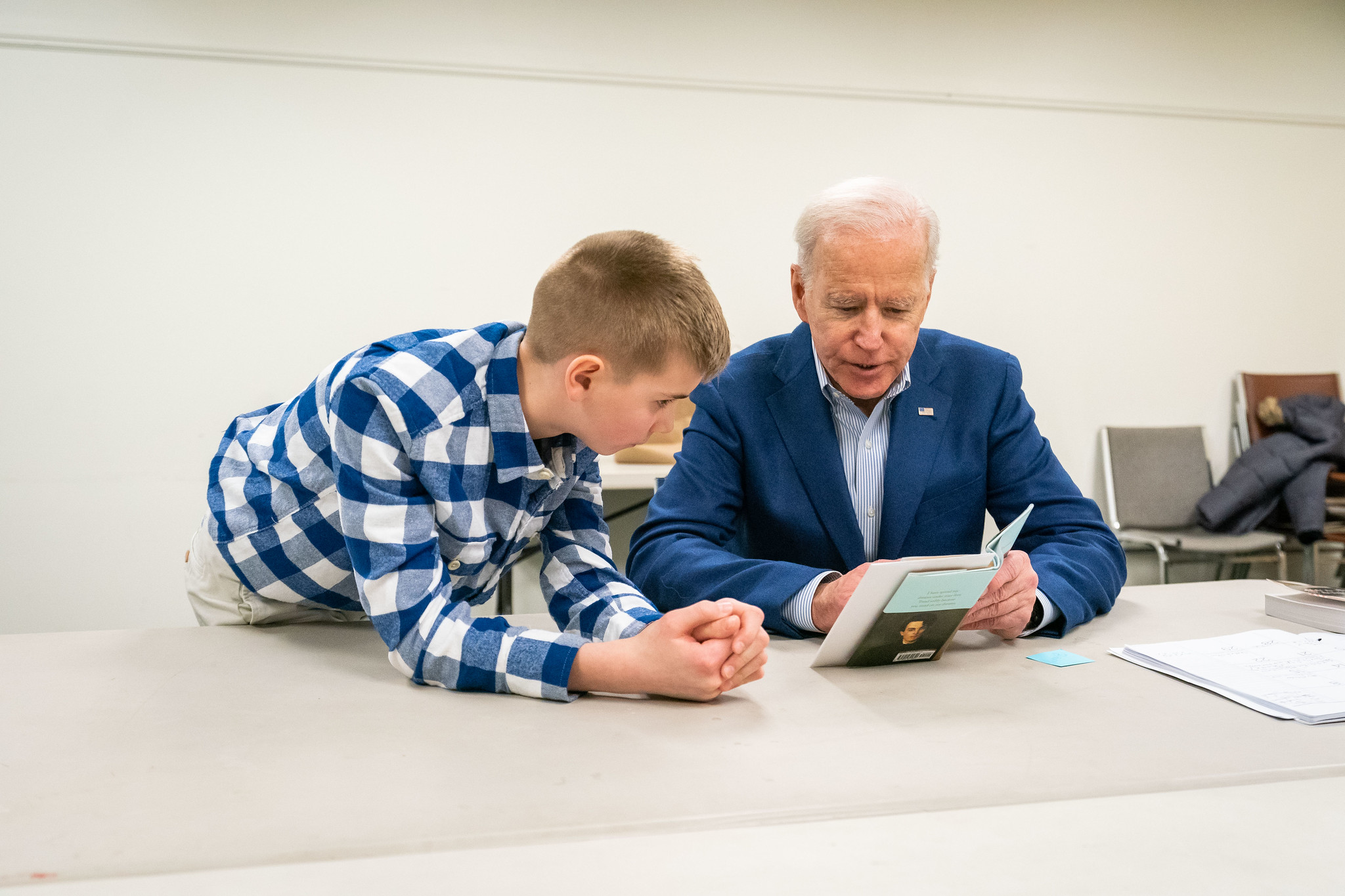 Tens of thousands of people have been generous enough to share stories with me – at events, town halls, and through letters and emails.

Folks like Brayden Harrington, who I met in New Hampshire. Like me, Brayden grew up with a stutter, so I took some time to share my public speaking tips with him.

The truth is, I should be taking advice from Brayden. His speech on my behalf at the Democratic National Convention stole the show. He’s become an inspiration to people across the country. 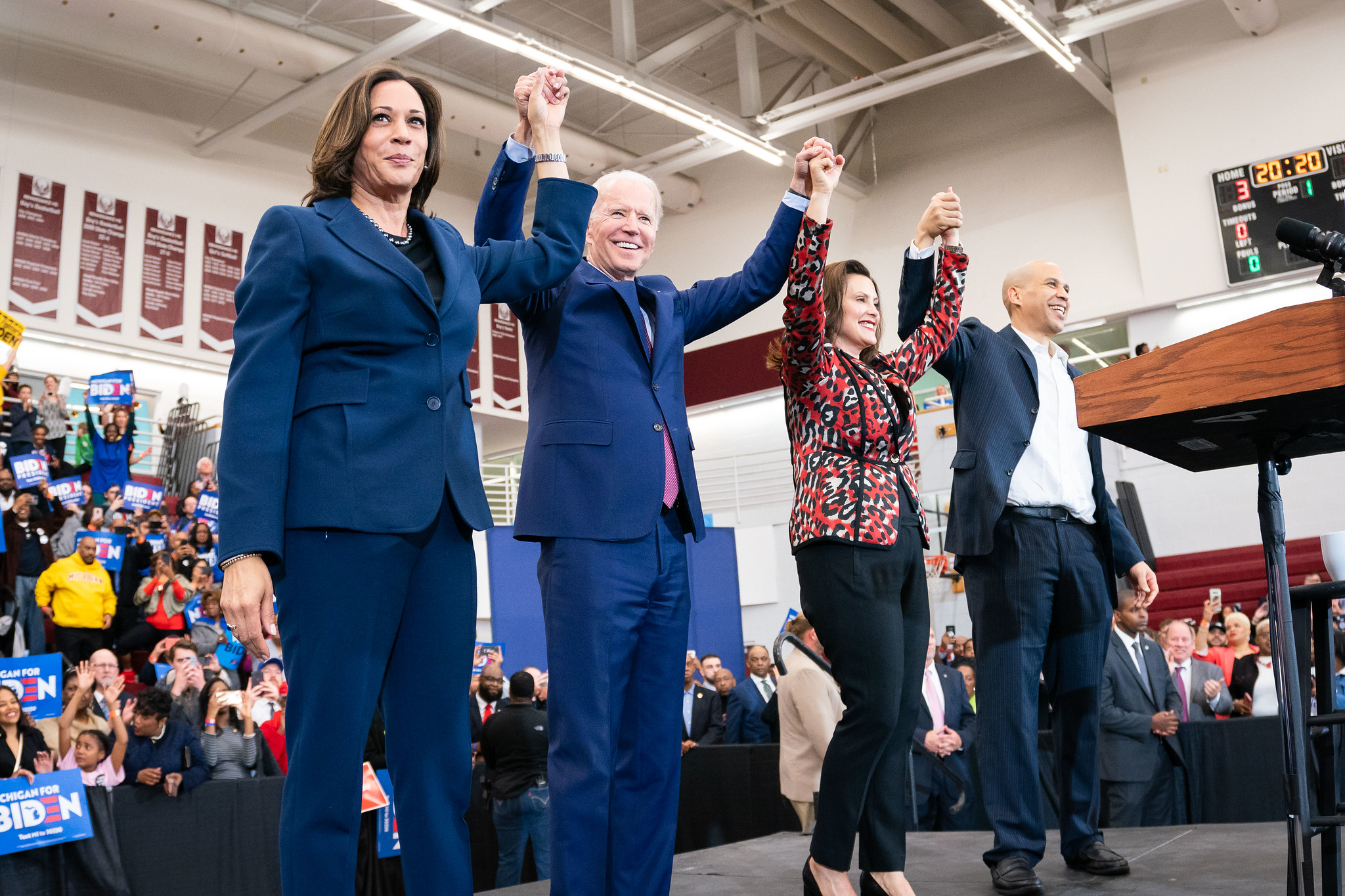 Get Out the Vote Rally – Detroit, MI

March was a huge month, as many of the 2020 Democratic primary candidates came together to back our campaign. I’m proud to have the support of every single person who ran in this year’s Democratic primary. These leaders represent the best of America. 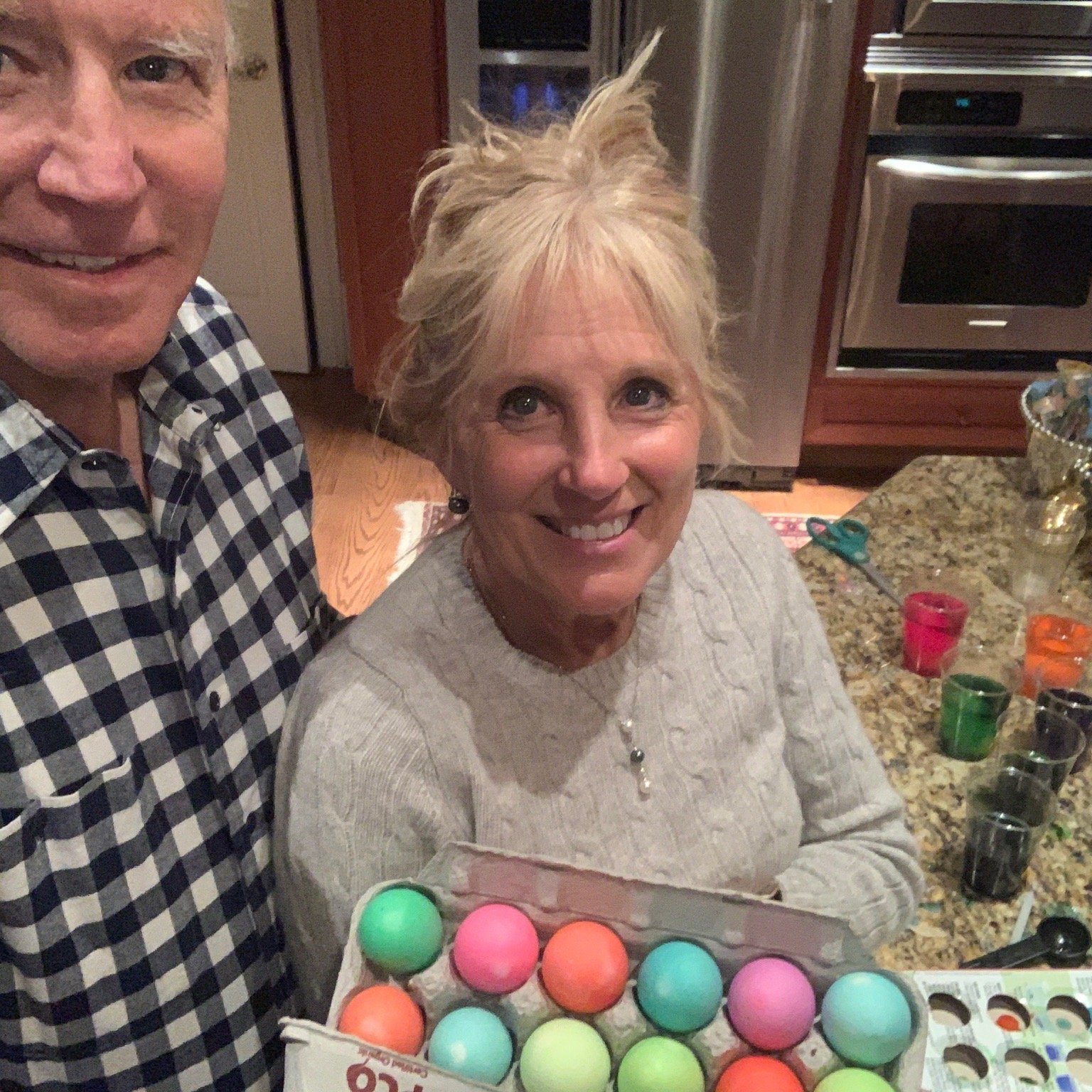 This Easter was unlike any other. For the first time, many of us weren’t able to celebrate with family and friends because of this virus.

But in these dark times, let us look to the spirit of Easter – a time for joy and renewal. A reminder that after darkness and loss comes the dawning of new possibilities. 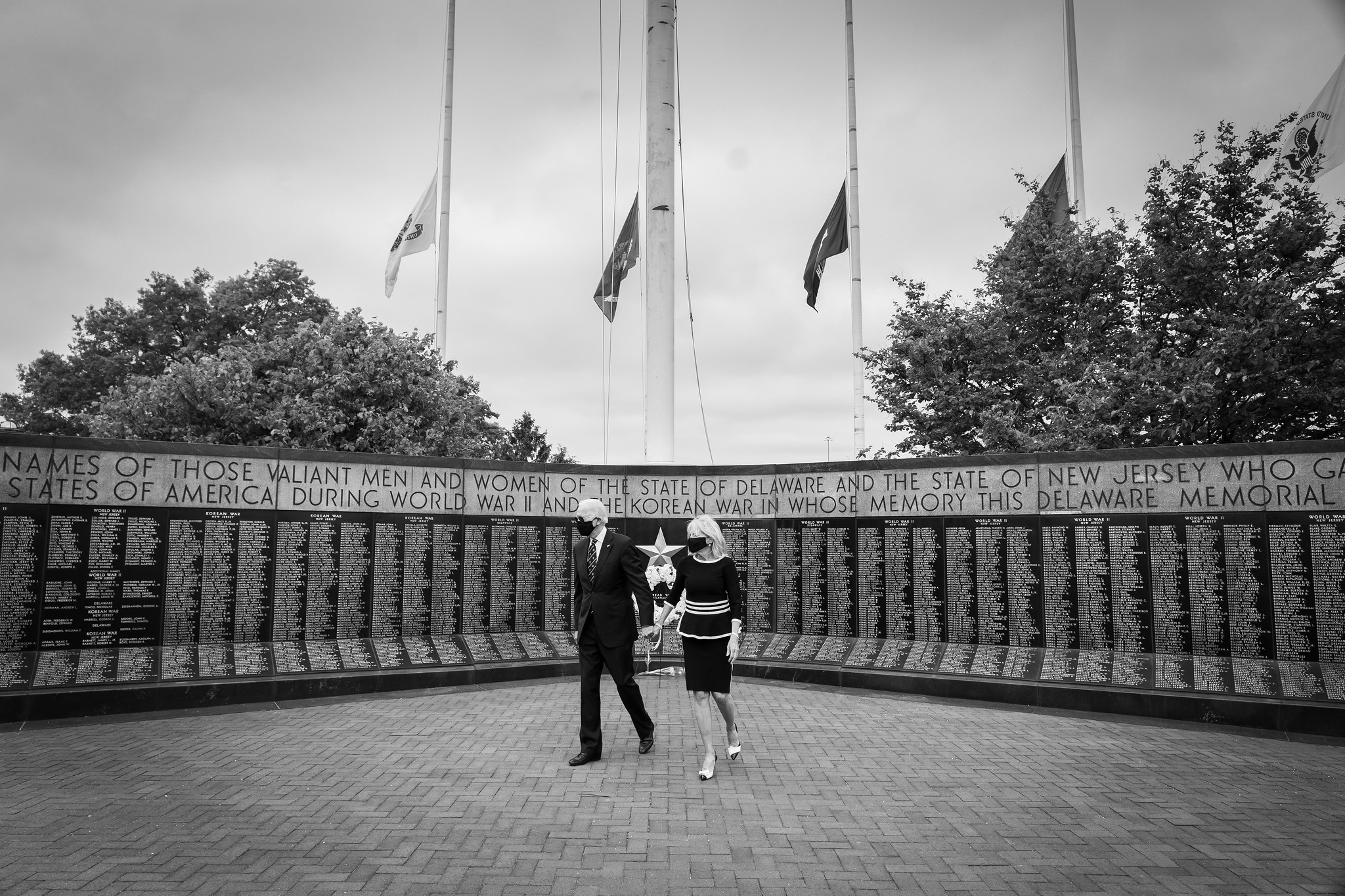 On Memorial Day, Jill and I visited Veterans Memorial Park in Wilmington to honor those who made the ultimate sacrifice for our nation.

For me, Memorial Day is a reminder of our most sacred obligation: to prepare and equip our troops when we send them into harm’s way – and care for them and their families, both while they are deployed and when they return home.

In every way, Donald Trump has failed to uphold this sacred obligation. He has let Putin get away with placing bounties on the heads of U.S. troops. He tried to put his wealthy Mar-a-Lago friends in charge of our veterans policy. He has even denigrated those who made the ultimate sacrifice, calling fallen soldiers “suckers” and losers.”

This is personal to me. My son Beau served in Iraq. He came home with a Bronze Star. Beau was no sucker – he was a patriot and a hero. Just like everyone who puts on the uniform.

You have my word: I will always look out for our service members, our veterans, and the families who sacrificed alongside them. 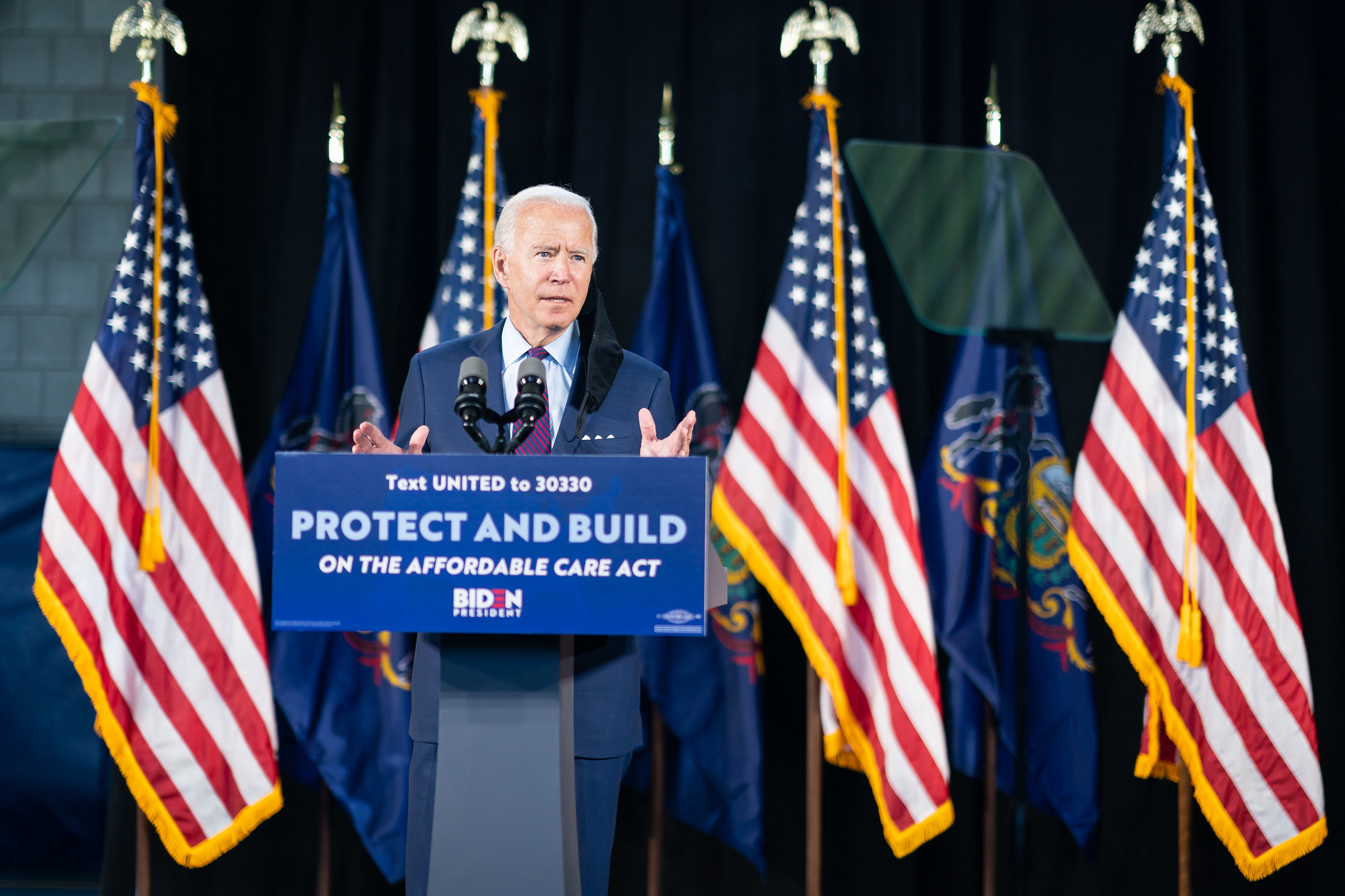 I was proud to work hand in hand with President Obama to pass the Affordable Care Act. Thanks to this one law, more than 20 million additional Americans now have health insurance. Young people can stay on their parents’ plan until age 26. And patients can’t be denied coverage or charged more due to a pre-existing condition.

But inexplicably, in the middle of a pandemic, Donald Trump is pushing the U.S. Supreme Court to eliminate the entire Affordable Care Act. It’s cruel, and it’s dangerous.

Here’s the bottom line: Donald Trump thinks health care is a privilege. I think it is your right.

As president, I will protect and build on Obamacare to ensure every American has access to quality, affordable health care. I’ll strengthen Medicare and Medicaid. I’ll lower premiums and out-of-pocket health care spending. And I’ll address the outrageous costs of prescription drugs in this country. 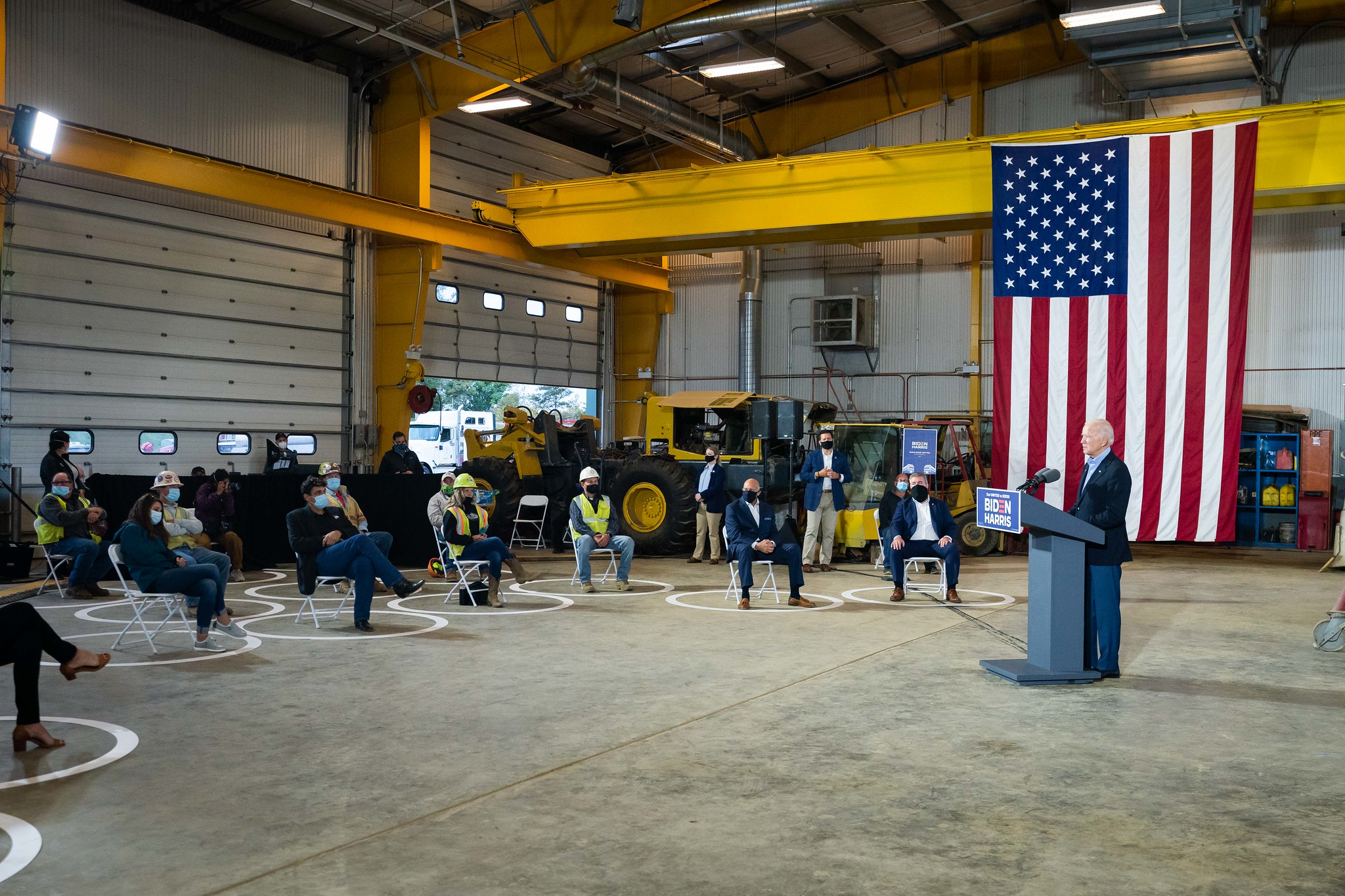 Outlining My Plan to Build Back Better – New Alexandria, PA

On this day, I was in Pennsylvania to meet with the men and women at McGregor Industries – to look them in the eye and make a promise: we will build our economy back better.

It’s time we reward work, not just wealth. It’s time we look out for our manufacturers and ensure the future is Made in America. And it’s time we give a raise to middle-class Americans.

Together, we will build an economy that gives everyone the chance to get ahead. 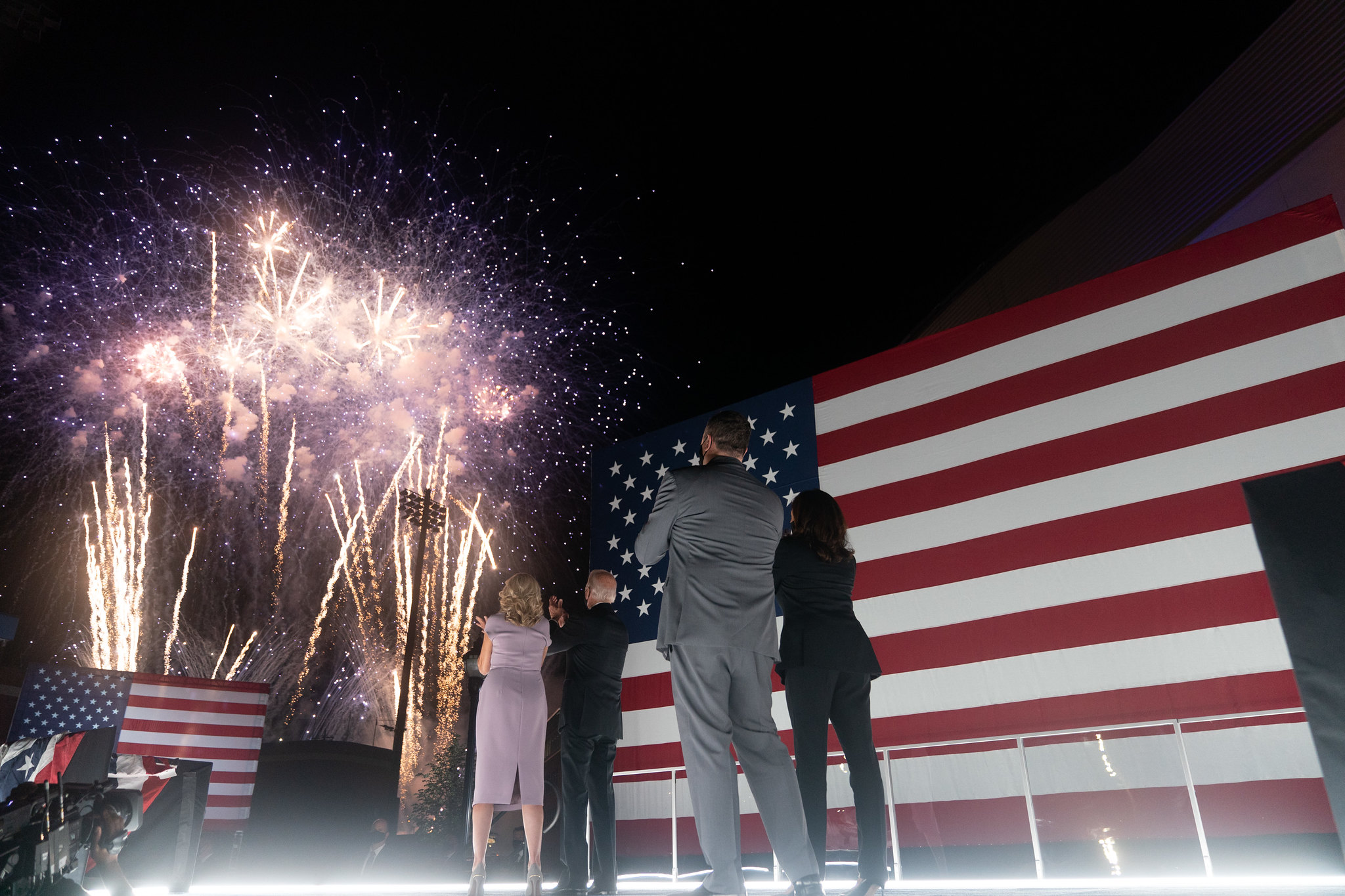 August was full of history. I announced Kamala as my running mate – a smart, proven fighter for the middle class who will make history as the first Black woman and South Asian–American Vice President.

And just a couple of weeks later, we watched as fireworks lit up the sky on the Democratic National Convention’s final night. 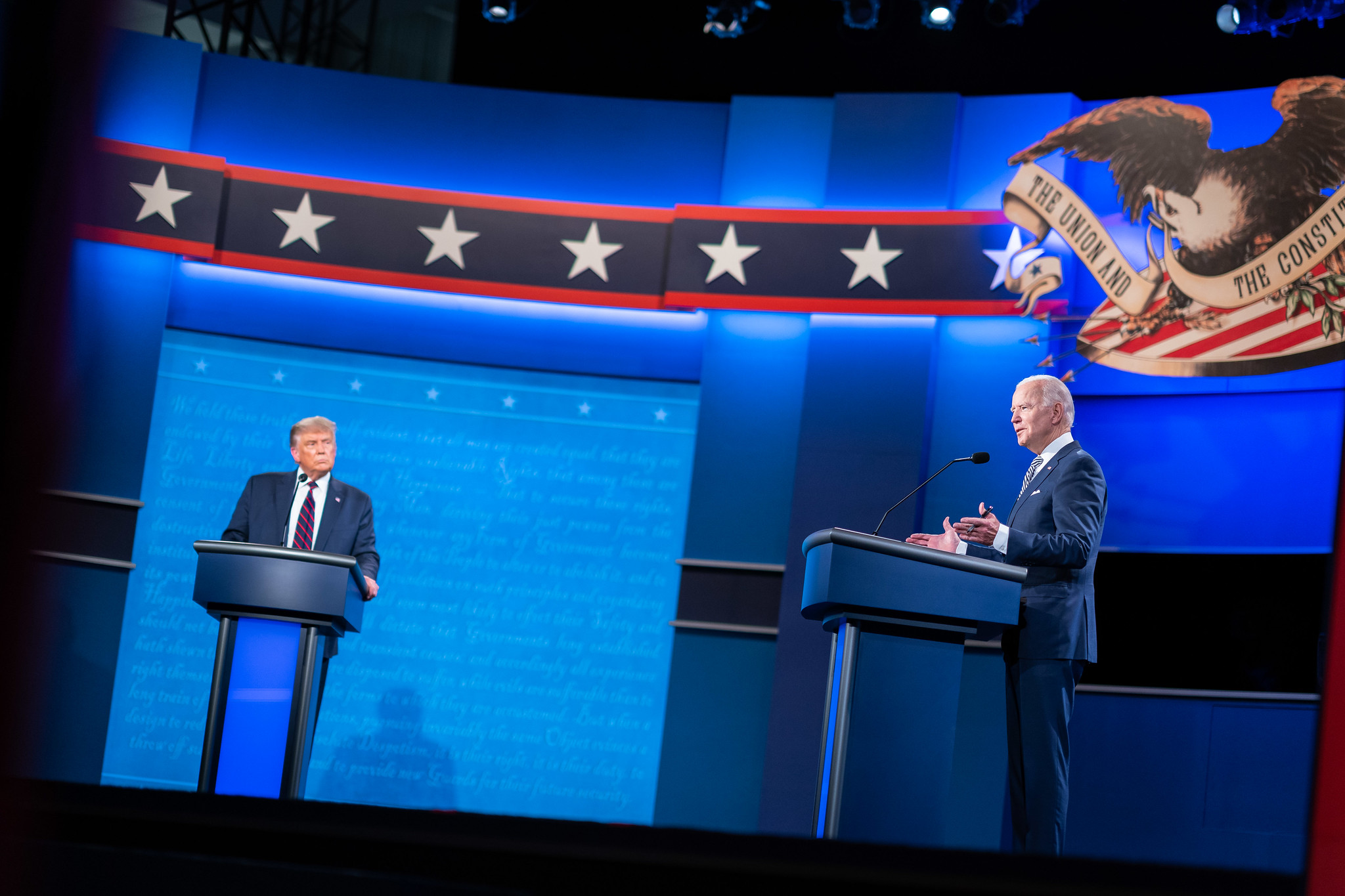 My first debate with President Trump. While I shared my plans to defeat COVID-19, build on the Affordable Care Act to lower health care costs, and address systemic racism, climate change, and a host of other issues – Donald Trump interrupted and lied his way through the night.

It was dispiriting, especially when Donald Trump refused to condemn white supremacists. But I stayed focused on one thing: speaking directly with the American people about how, together, we can build a stronger, more just country. 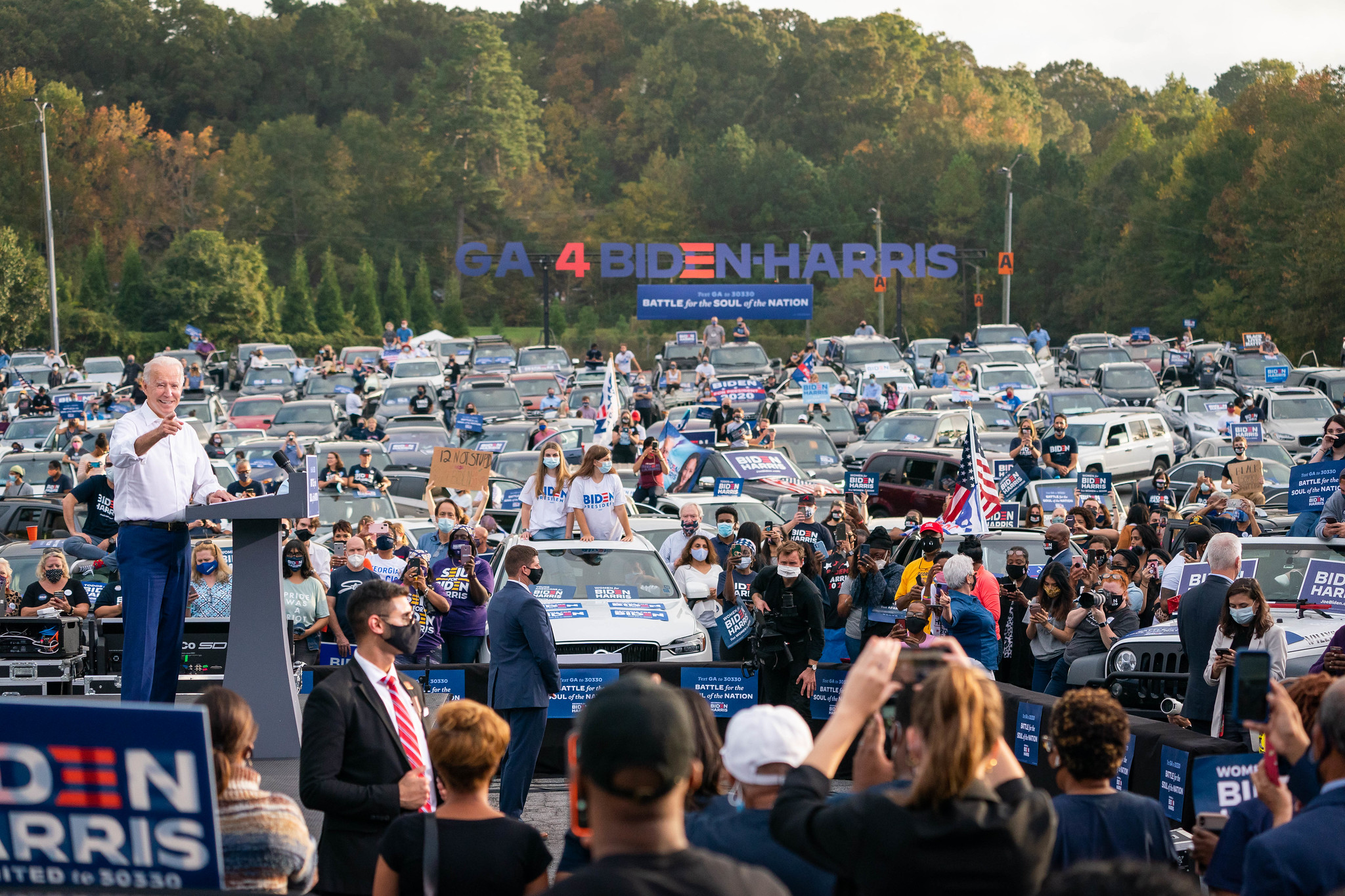 Kamala, Doug, Jill, and I – with the help of many friends, including President Obama – have been traveling around the country to highlight the stakes of this election and ensure everyone gets out and votes.

I can’t wait to share a photo with you from November – when we win this election and take back this country. But first, we all have to vote.

Thank you for being part of this journey.